Keeping an Eye on the i3

Full disclosure: today was my opportunity to drive the forthcoming BMW i3, the electric vehicle for the well-to-do urban hipster. And I blew it. I went, I saw, but I did not drive. The truth of the matter is, I have a cold, my head felt like a bowling ball, the line was long, so I bailed. Lest you think I’m going soft, I can assure you that if it was the M6 Gran Coupe we were talking about, or even the upcoming i8, I would have waited until sunrise. But it was the Puggle, which is just as sinisterly silent as the Prius. And there was no autocross. So I hung out for awhile, took about 85 photos (how do I do that??) and left.

Regardless, kudos to BMW of Austin for putting together a hopping event. The wait for a drive was very long because there was such a good turnout. In addition to two i3 testers, they had a third in the showroom for people to sit in, as well as a model of the i8, which, to my eyes, is way more like it. And for the fun people, unlike me, there was a band and food on the way. I hope everybody had fun. I certainly enjoyed getting to poke around and snap some shots. And, as always at these events, the people-watching was quite amusing. 🙂

Here are some photos of the production-version i3 and a “shadow” i8. I certainly hope they do a driving event when the i8 arrives! (Hint hint, Chris Markey.)

No pretending. This sucker was plugged in. 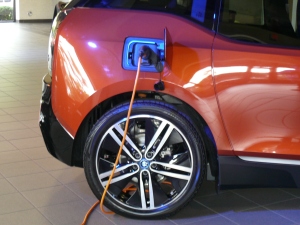 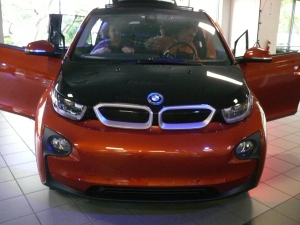 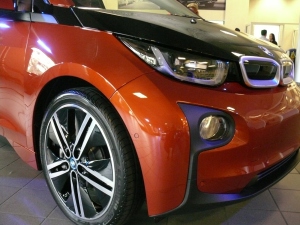 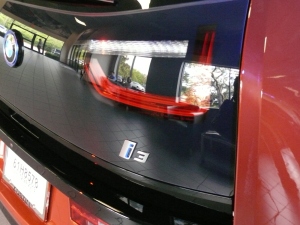 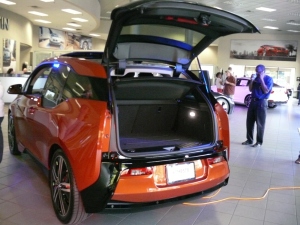 Not exactly a “hot” hatch, but it is indeed a hatch. With a reasonable amount of rear storage room. 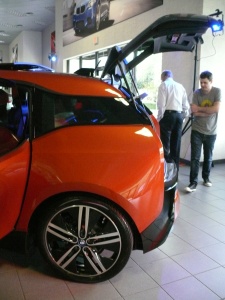 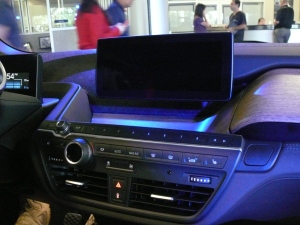 The interior treatment is pretty unique. I liked a lot of aspects of it, such as the use of screens. It’s hard to tell in the photo, but the space behind the black radio buttons is open.  Looks better in person. 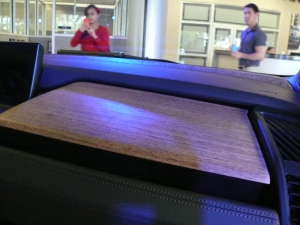 View from the front passenger seat.

This man kept commenting on how comfortable the seat was.

The steering wheel is unique in the BMW line. 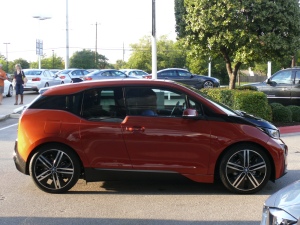 As for the cool older sibling…

The “shadow” i8 was pretty compelling. Looking forward to seeing this thing in the flesh. 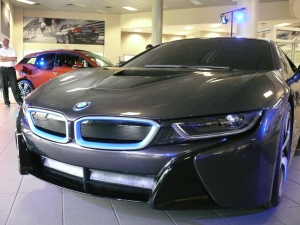 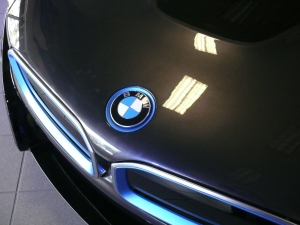 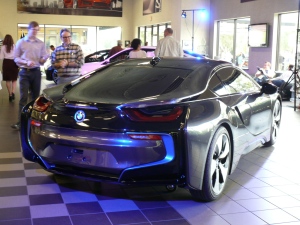 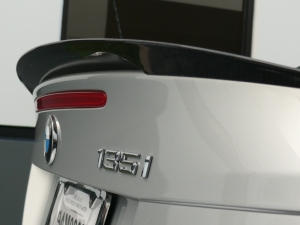 I found some carbon fiber! Thank you, 135i coupe!

The new 4 series (coupe version of the 3 series). 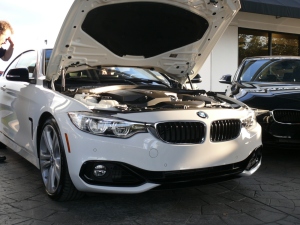 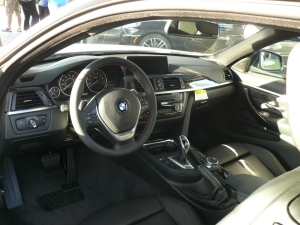 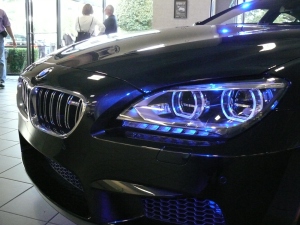 The real beast in the room: the M6 Gran Coupe.

Intention: juxtapose a BMW with a beautiful flower. Result: well… 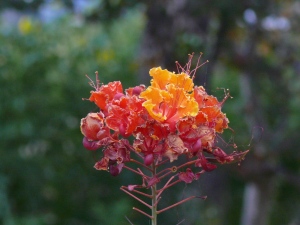 What the i3 runs on.

At the end of the day, the BMW M6 Gran Coupe is more my style. But I applaud BMW for its innovation with the i3. And yet, it still looks like a puggle.