Right up until I smashed my hand in the back door of my house, I was having a fabulous evening. Aston Martin of Austin invited me to attend the reveal of the V12 Vantage S and Vanquish Volante at their dealership. I’d been meaning to take my camera over there for some time, since the dealership (under the umbrella of John Eagle European) also houses Rolls Royce, Bentley and Lotus. When I die, I want heaven to look like that dealership.

As you might expect the V12 Vantage and Vanquish were fabulous, as was the entire facility. Here’s the proof: 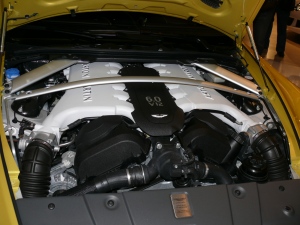 The 6.0L V12 power plant in the new V12 Vantage S. That thing is almost as big as my air-conditioning unit, and sounds much better. 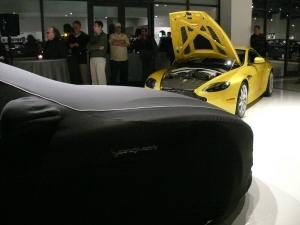 The Vanquish under wraps, with the V12 Vantage S in the background. 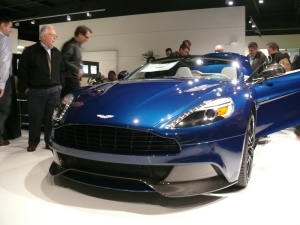 Note the (fabulous) seats are trimmed in the exterior blue color. Gah! Awesome. 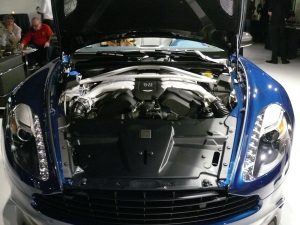 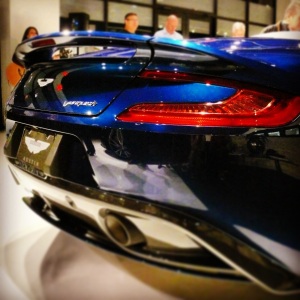 Taillights unique to the Vanquish. 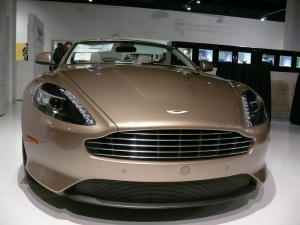 This bronze DB9 Volante is truly one of the most beautiful cars I have ever seen. Every detail, every stitch is absolutely perfect. 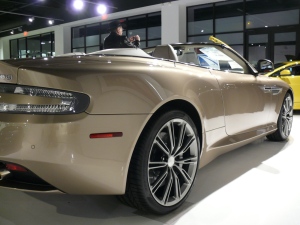 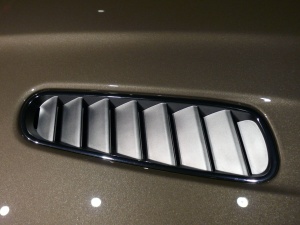 Photos cannot do the interior justice. The wood trim is exquisite. 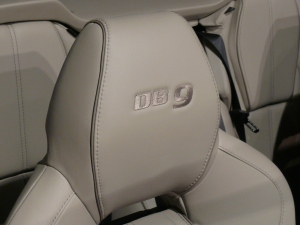 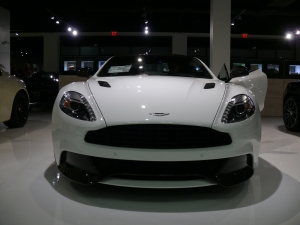 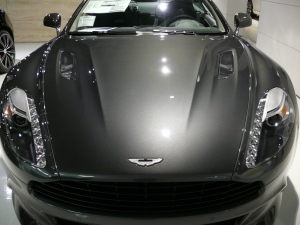 Oh, I loved THIS one – a Vantage S in “Pepper White,” a longtime Mini color. In fact, I almost chose this color over Indi Blue on my first Mini. Sonny Morgan, dealer principal at Aston Martin of Austin, is a past Mini owner and special-ordered this color. 😀 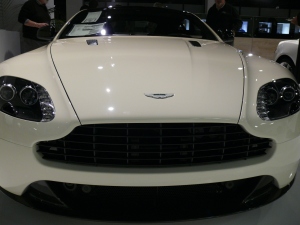 See?? I know you Mini fans recognize this. 🙂 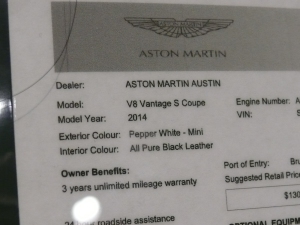 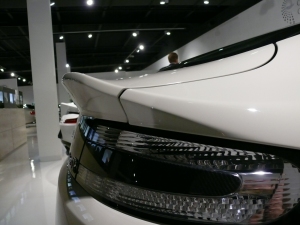 AND it came with a stick…which, thank God.

Well..I fully intended to include the Lotus, Bentley and Rolls Royce photos in this post, but we may have reached capacity here. Guess that means you’ll have to come back! Don’t you agree these Astons are the loveliest cars in the world?