So the weekend turned out to be a bit of a bust on the racing front, despite its potential. Bad weather in St. Petersburg, Florida forced the cancellation of the first race (Saturday) of the Pirelli World Challenge. Then, I slept through Formula 1’s Malaysian GP, despite setting my alarm for the 3:30 a.m. go time Sunday morning. I woke up at 5:30. Blast. As an act of protest, I went back to sleep, and missed most of the second race of the Pirelli World Challenge. Although it turns out the PWC was having trouble with its online feed anyway, so I didn’t miss that much. If you are interested in watching the replay of the race (and who doesn’t want to see a Lamborghini and a Cadillac battle it out for the win??), click here.  And, seriously, you want to watch the standing start of 49 cars (valued at around $30 million all told) at 30:20. I won’t spoil the outcome for you, but suffice it to say a cool car won. That narrows it down.

Next up was the first race of the 2014 IndyCar season, also at St. Pete. No live feed online, and I didn’t have time to seek out a sports bar (I also worked all weekend, by the way), so down the tubes went IndyCar as well. Yup, racing weekend was a total bust, at least from a spectating standpoint.

From a racing standpoint, it was quite good, however.  Lewis Hamilton and Nico Rosberg of the Mercedes F1 team took 1-2 in Malaysia, in a dominant performance for Mercedes. Sebastian Vettel, of Red Bull Racing, took third and claimed his first podium of the season. I’m no Vettel fan, but it’s good to see Red Bull is starting to work out some of their early issues.

According to people who actually saw it, the IndyCar race was a good ‘un.  Will Power took the checkered flag (his third win in a row, including the last two races of last season), leading from Ryan Hunter-Reay and Helio Castroneves. Next race is the Toyota Grand Prix of Long Beach the weekend of April 12!

So…did I actually accomplish anything this weekend? Well, yes. As it turned out, I needed a photo of myself for a Jaguar contest I’m doing (more on that later). Courtesy of my good friend Megan, this photo turned into a full photo shoot. I’m digging the results. 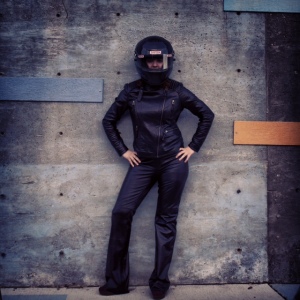 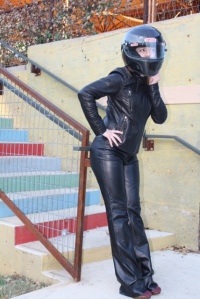 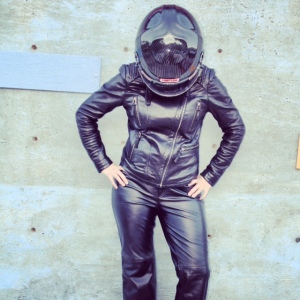