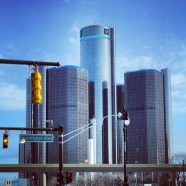 Excited to have been published in the most recent issue of Texas Lawyer, a weekly legal newspaper, on the topic of the General Motors recall and the Valukas report. My article is geared to an attorney audience and has some legalese, but it is mostly an overview of the findings in the Valukas report, so you may find it interesting.

You can read the article HERE.

Next up will be a post on the ignition switch.

See Part One of the GM Recall Series: Cast of Characters

See Part Two of the GM Recall Series: the Valukas Report – What It Is (and What It Isn’t)

← GM Recall: the Valukas Report – What It Is (and What It Isn’t) The Fashionable IndyCar Watch Party – Sayonara 2014 →