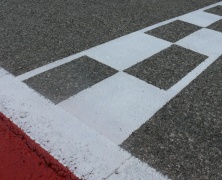 It’s here! The Formula 1 U.S. Grand Prix in Austin, TX kicks off this Friday, Oct. 23, and culminates in the big race on Sunday. Unlike the tragedy of last year, I am here and ready to go! The race weekend actually started today for me, with a pit walk at Circuit of the Americas […] 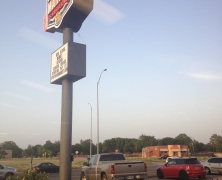 Lessons learned at the IndyCar Houston Grand Prix: rain won’t kill you, and the world’s best hamburger is made in a school bus. Dad shared his version of the weekend with you a few days ago. Now you get to hear what really happened. 😉 Saturday The weekend began at 5:30 a.m. for me, which […]

Dad and I are in recovery mode after our awesome weekend at the IndyCar Grand Prix of Houston. I say recovery mode because we had so much fun we about overdosed. 🙂 I’m still sorting through photos, and have been busy at work, so am not yet ready with my own post about our Second […]

Hello, world! Yes, Motorista is still truckin’ along; June has just turned out to be a really busy month. Between vacation, skyscraper rappelling, obtaining a mascot, and working, there hasn’t been a lot of time for le blogge.  My bad. Lots of good things coming up, though – Dad and I are off to Houston […]

Have to share some more videos with you, because they are awesome. First up, a fabulous pit stop for the Ferrari F1 team at the Australia GP in 2013 – 3 seconds total, which I believe was the record until Lotus beat it with 2.8. Correct me if I’m wrong. Isn’t this beautiful?? Next, the […] 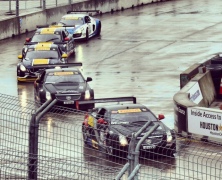 H-Town Double Down, Round 2

Day 2 of Father-Daughter Grand Prix of Houston Weekend dawned rainy and cold, the USF 2000 cars throwing spray into our faces as they skittered past on the soaking track. The rain had mostly stopped by the Pirelli World Challenge race, and gave way to beautiful blue skies and a very comfortable breeze for the […]

H-Town Double Down, Round 1

Turns out my dad had always wanted to go to an IndyCar race. And now he has. Hot diggity. It was hot indeed at the Grand Prix of Houston today. We baked, we broiled, we dried out, then broiled again. It was fab. We watched IndyLights, ProMazda, IndyCar and a little Pirelli World Challenge TC/TCB. […]

Double Down in H-Town

Camera? Check. Schedule? Check. Spotter’s guide? Check. Tickets? Check. Dad? Soon to be in transit.   Having a little father-daughter time at the Grand Prix of Houston this weekend. The festivities begin tomorrow with a ride to Houston in the Red MINI and continue Saturday and Sunday with Pro Mazda Championship races, the Pirelli World […]