Ignition switch. The two words that cause heart palpitations and cold sweats among GM management, engineers and lawyers. The one small part that will ultimately cost GM over $9 billion. What is it, and what went wrong? The Valukas Report begins with the following sentence: “In the fall of 2002, General Motors personnel made a […]

Excited to have been published in the most recent issue of Texas Lawyer, a weekly legal newspaper, on the topic of the General Motors recall and the Valukas report. My article is geared to an attorney audience and has some legalese, but it is mostly an overview of the findings in the Valukas report, so […]

GM Recall: the Valukas Report – What It Is (and What It Isn’t)

The “Valukas Report,” otherwise known as “Report to Board of Directors of General Motors Company Regarding Ignition Switch Recalls,” is a 325-page document (including the Table of Contents), with 1,356 footnotes and seven appendices.  It has been mentioned fairly frequently on the news and in Congressional hearings. As I wrote previously, I have read the […]

As promised, I am kicking off a series of posts on the General Motors ignition switch recall. You may have heard about that little recall – it’s been in the news just a bit. I’m skeptical of the news, myself, so when I heard GM had hired an outside attorney to conduct an internal investigation […] 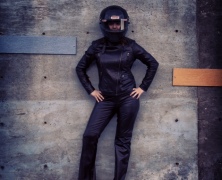 Hey, race fans! I’m still here – really. Life stays busy, and then gets busier, so it’s hard to blog every day or every other day, like I have always tried to do. I’m not complaining – it’s good to be busy. But I didn’t forget about you! Other than real-life work, I’m up to […]