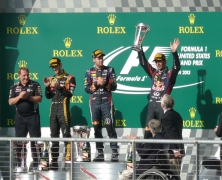 End of an Era

The  Brazilian Grand Prix, the final race of the F1 season, takes place tomorrow. With the end of the season comes the end of an era. Two eras, actually. Mark Webber, of Red Bull Racing, is retiring from F1 after twelve seasons. A native Australian, Webber deserves a lot of credit for his accomplished F1 […] 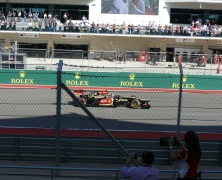 F1 Sunday – the Rest of the Story…

Where was I before real life interfered? Oh yes – the USGP. In my grandstand seat on Sunday, sipping a COTA Flame, waiting for the races to begin. As I write this, the temperature hovers around freezing and the rain is pooling in my backyard. Last Sunday it was 86 degrees without much of a […] 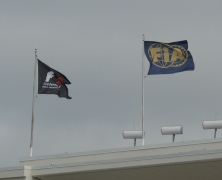 Vettel wins! Surprise, surprise. Still, it was exciting. The battle for 2nd between Romain Grosjean of Lotus and Mark Webber of Red Bull was epic. RoGro held Webber off and took P2. Given that Lotus is one of my favorite teams, I was quite pleased! And exhausted. Go, RoGro, go! Too busy with work to […] 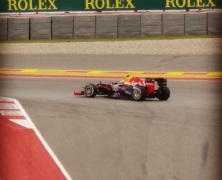 Short day at the track today, as, believe it or not, Motorista does have real-life responsibilities (such as work), that occasionally require a shift in priorities. Nonetheless, I got to see F1 qualifying and the first Ferrari Challenge race, so it was quite a successful time. The big news is that Sebastian Vettel and Mark […] 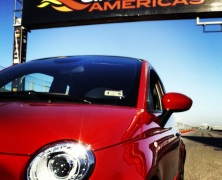 One week until the Formula 1 US Grand Prix! Now that I am such an old hand out at Circuit of the Americas, I keep expecting the F1 drivers to call me for advice. No, Sebastian Vettel has not called yet. But he does have approximately six days… Here’s a cool video that went up […]