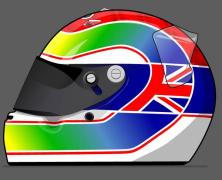 The 2015 IndyCar season ended yesterday, in a thrilling finish at Sonoma Raceway that left the season’s champion undetermined until the last turn of the last lap. It was pure, unadulterated racing. It also took place under a pall as grim as I have ever seen in any race paddock.  The reason – on Aug. […]

The Indianapolis 500: What You Need to Know

The Indianapolis 500 – the “greatest spectacle in racing.” Two hundred laps, 500 miles. Tomorrow marks the 98th running of the Indy 500 at Indianapolis Motor Speedway (as well as my Pink Watch Party AND the first anniversary of this blog!). There will be 33 drivers on the grid, including one female, Pippa Mann. If […]