Home » Opinions » It Doesn’t Have to Be a Revolution 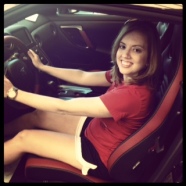 It Doesn’t Have to Be a Revolution

I came across a quote in the New Yorker yesterday that resonated with me on a number of levels, and I thought I would share it with you guys. The piece, by Louis Menand, was a critical overview of the life and work of Norman Mailer. In observing how befuddled Mailer was by the women’s movement, Menand contends that Mailer’s response – that the women’s movement was “the deepest question that faces us” and one that would require going through “the very elements of existence and eternity” to grapple with – was completely backwards. As Menand puts it:

Whether or not you agree with that as a description of the women’s movement of the sixties, it’s a really striking and – I think – completely accurate rendering of where we’re trying (and have been trying) to head.  And it made me think about how much that concept applies in my own life. As I’ve said elsewhere, as it relates to my participation in the car world, I just wanted to be viewed on my own merits and treated accordingly, not held back – or given a leg up – because I’m a “girl.” I’m not out to storm the barricades or carry anyone’s banner or wave the estrogen card. I just want to be able to show up and participate to whatever extent is appropriate for my abilities.

I think this applies even more so to Project Keychain. Saudi women should be allowed to drive, but that shouldn’t require a revolution or another “Arab Spring.” No one should have to take to the streets or storm the barricades. And it doesn’t seem to me that the female protestors in Saudi Arabia even want to do that. It’s not about turning things upside down (although that may sometimes be the effect, that doesn’t necessarily make it the goal). The game’s the game, but anyone who wants to should at least be able to show up to play.

To say that a revolution should not be required does not mean that the thing’s not worth fighting for. But some people want to fight just to fight, to start a fire just because they like the heat. To me, that takes the focus off the endgame: allowing a woman to climb in the driver’s seat if she wants to. Whether it’s me in a racing helmet or a Saudi woman in a niqab.

There’s your philosophy for the week, race fans. Stay mindful! And send keychains!