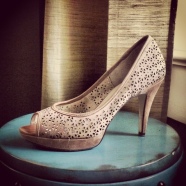 One Small Step for Woman…

Posted by Motorista on December 10, 2013 in News, Opinions | Leave a comment

Very excited to hear today that General Motors has appointed Mary Barra as its new CEO, effective early next year. Barra will be the first female CEO of a major car company.

I was just complaining to Jean Knows Cars earlier this year about the dearth of women in the C-suite. Who knew GM would listen so closely to me? 🙂

JKC has a great write-up on this news, too, if you’d like to read it.

Here’s my hope, though: I truly hope Ms. Barra was selected because she was the best person for the job, not for reasons of gender or political correctness or whatever. Again, we don’t need a revolution, just the opportunity to show up. Ms. Barra deserves the job if she is the best person on the team to be CEO. But if GM is just looking to score points, that would be pretty cynical.

Some of the comments I read on the Automotive News Twitter feed today threw me off, too. Dan Akerson, GM’s current CEO, apparently referred to Ms. Barra’s appointment as making him feel like he was watching his daughter graduate or like he was a proud father, or something to that effect. I’ve gotten the “fatherly” bit from older, more powerful men a fair amount and, while I think it is often well-meaning, it is awkward and unfortunate. Ms. Barra is 51 years old. She’s a mother of teenagers. She’s a parent, not a teenage girl to whom the GM board is proudly and parentally handing the keys to her first car. Not to rant, but just saying. That dynamic always throws me off. And men might be surprised to know that, while that attitude may be well-intentioned, it does not necessarily have that effect on the woman to whom it is directed. I might have more to say on this later.

Anyway…all that to say: well done to GM, congratulations to Ms. Barra and best of luck on her challenging new assignment. I look forward to watching other accomplished and deserving women follow in her footsteps.